Guns at Work: Is Your Employment Handbook Loaded to Fire? 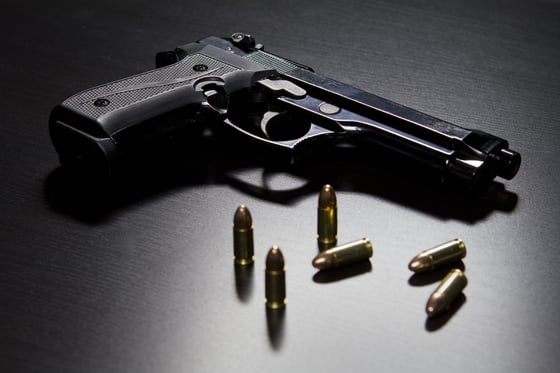 Guns seem to always be in the spotlight, or at least in the legal stage’s side light. Proponents of gun safety or regulation clash with those who believe everyone of sound mind has the right to bear arms. There are extremists on either end of the spectrum as well; those that seek to remove guns from all citizens no matter the circumstance and those who argue that all who breathe have the inherent right to carry a firearm wherever they may be. Employers and the every-day public are often caught in the middle, having to mitigate between potential negative impacts on their business and the desire for safety through various means.

President Obama’s long-time push and latest executive order for different and additional gun legislation has served to once again force gun law into the limelight. The largest piece of the order concerns the requirement that every firearms dealer be licensed and perform background checks on gun purchasers. Trusts, corporations, and other legal entities will also be subjected to background checks by the Bureau of Alcohol, Tobacco, Firearms and Explosives (ATF) if they intend to purchase firearms as an organization. President Obama’s executive order also pledges a large amount of money towards not only mental health treatment but also linking known mental health issues to requested background checks.

Now, at the same time and seemingly with the opposite frame of mind, the state of Texas has issued new laws regarding both open carry (plain-view) and concealed carry of a firearm. These laws appear to make open carry licenses easier to obtain, and allow licensees to openly carry a gun where only concealed carry licensees were previously allowed to carry. Concealed carry is also now allowed on Texas campuses of higher education (with particular regulations and rules, of course).

Employers are very concerned about workplace violence and preventing the resulting harm, loss of productivity, litigation, and workers compensation claims.  To minimize their legal risks, employers often have a policy intended to minimize workplace violence. Some states, leading with Oklahoma, have passed laws on gun restrictions at work; these are sometimes known as parking lot laws. While there is no federal law prohibiting or allowing policies on guns at work, the OSH Act requires employers to uphold a general duty to provide a safe work environment.

More than 15 states have passed laws that allow an employee to store and keep a lawfully possessed firearm in their locked vehicle on the employer’s property while at work. Different state laws address whether it is an employer’s vehicle, if alternative parking or storage is available, whether the employer can search vehicles, and whether an employer is allowed to require disclosure. Some states also have anti-discrimination laws. For example, Indiana does not allow employment discrimination by employers that ask applicants or employees if they own firearms unless it is used for employment. Several states like Minnesota have posting requirements for employers that ban guns in the workplace. Some states like Indiana provide for different levels of employer immunity while other states like Tennessee provide that there is no limit on civil or criminal actions.

No matter where you may personally stand on the issue, the topic will—if it hasn’t already—creep into your professional life. Depending on federal and state-specific law, you will inevitably hear the question, “Are guns allowed on premise at XYZ Corp?” Is your employment handbook ready to handle this? If not, you might already be behind the eight ball. Move the discussion to one of your front burners and decide on what your company’s stance is going to be.

Now, deciding the stance is going to depend on your individual company. Many companies that are considered “high-risk targets” for terror attacks—such as faith-based organizations—have added an allowance for licensed concealed carry of firearms on and in their property. These places often have their employees who do conceal-carry go through company-specific training on how their firearm is to be transported, stored, and—if need be—used. The argument in favor of this policy is that having armed employees can avert tragedies from escalating even further if an employee is able to stop an active shooter on premise.

On the opposite side of the conversation are companies that have no obvious need for firearms in their establishment. These could encompass anything from a small, private book seller to the shoe store down the road or the meat processing plant across town. Everything comes down to the individual business and what they believe is best for their employees, image, and ultimately livelihood. The Company CEO needs to evaluate their unique business aspects. Ask what degree of preparedness is warranted, and perhaps even poll your current employees for their input. (Beware, small cans of worms may open as people express their opinions on this hot button topic!)

The imperative point is to make sure that your employment handbook is ahead of the game. Anticipate what issues may affect your company and employees. With gun laws refusing to leave the limelight anytime soon, they are guaranteed to show up at your own stage center.

How to Hold a Family Meeting like the Royals

Preparing for the Oscars: Can You Retaliate Against Your Worst-Dressed Employees?