What Entrepreneurs Can Learn From House of Cards 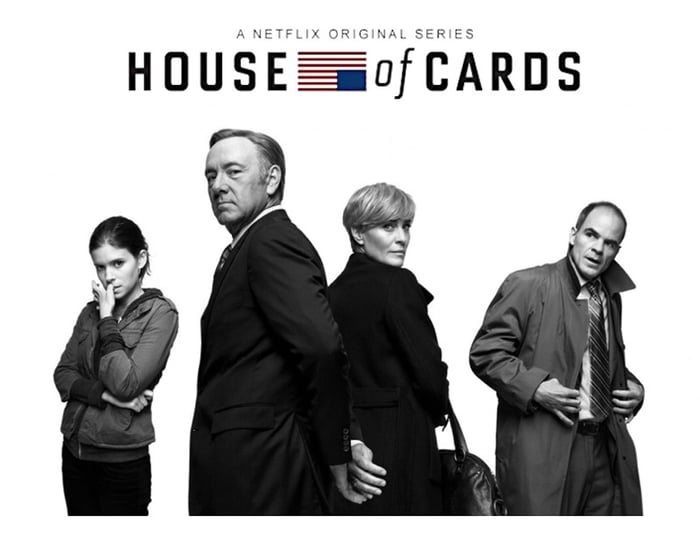 “Treading water is the same as drowning for people like you and me,” says Democratic Majority Whip Francis Underwood in Netflix’s hit online fictional series House of Cards. In the show, Frank is talking to politicians, but this could apply to anyone with ambition for success. The fact that you must grow to succeed is just the first of many lessons and memorable quotes that Mr. Underwood has to teach us.

Here's what entrepreneurs can learn from House of Cards.

1: Power and money are not the same:

“Money is the McMansion in Sarasota that starts falling apart after ten years; power is the old stone building that stands for centuries, I cannot respect anyone that does not see the difference.”

Power is the ability to achieve the desires of your will. As Mr. Underwood is fond of pointing out, money is a part of achieving power, but not power itself. Power will let you accomplish your dreams, money alone will only leave you feeling unfulfilled.

2: Give and take is the nature of all relationships:

“Generosity is its own form of power.”

Relationships, in both business and politics, involve compromise and mutual gain. Frank uses this concept as a basis in all of his Capitol Hill wheelings and dealings, find out what somebody wants, and then see what they will give you in return. By doing so he is able to break down obstacles that would otherwise put a stop to his ambition.

“From this moment on you are a rock, you absorb nothing, you say nothing, and nothing breaks you.”

As entrepreneurs we can learn a lot from this mentality. Just as the path to the Oval Office was not straightforward for Mr. Underwood, neither will your path to becoming a successful business owner. When adversity appears and things seems impossible, how will you respond?

“After all, we are nothing more or less than what we choose to reveal.”

It isn’t what you are, it is what people believe you to be. In Congress Frank is always the epitome of confidence and mutual respect, this is largely where his ability to influence others comes from, they all believe that he has power, regardless of whether or not that is actually the case. As an entrepreneur your reputation is everything, you must be very careful in what kind of image you create for yourself.

5: Be ruthless in achieving your goals:

“For those of us climbing to the top of the food chain, there can be no mercy. There is but one rule: Hunt or be hunted”

If you want something, get it. In business no one is going to hand you success, you have to go out there and make yourself. Just like running for election, in owning a business there will always be competitors and rivals that will fight you every step of the way. Frank Underwood faces a thousand competing interests on Capitol Hill, but there is only one that truly matters to him, his own.

6: Remember the meaning of the idiom a “house of cards”:

“There can be no false steps now. The higher up the mountain the more treacherous the path”

It is important to remember that the title of the show implies an organization which is built upon a shaky foundation that is always one bad move away from collapse. That is the kind of organization that Frank has built for his administration. He lies, manipulates, and murders his way to the top. But all of this is at a cost, he can never be secure in his house of cards since there is always a chance that someone will find out what he has done and the whole thing will collapse.

While there are some aspects of his character that are commendable in their efficiency for achieving results, we must remember that Francis Underwood is ultimately the villain of the show. The series as a whole is a cautionary tale of the weakness of relationships built upon unethical and immoral beliefs and actions. This is the most important lesson that entrepreneurs can learn from the show, ultimately you will always reap what you sow.

For more information on business law, contact the Goosmann Law Firm at info@goosmannlaw.com or call (712) 226-4000.

How To Fire Your Mom When Your Family Business Goes Bad

4 Questions to Ask Before Investing in a New Business