What Are The Top Legal Issues to Know About in 2018? 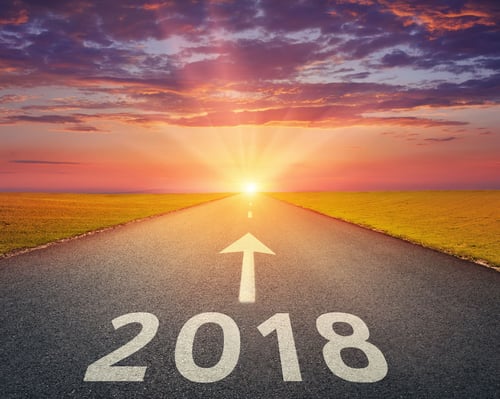 Our Goosmann Law business attorneys and litigation team came together to create a list of the top legal issues to know about in 2018.  Contact an attorney today to discuss these legal issues and how we can help you prevent future problems and lawsuits.  Be in 2018 without worry and soar into 2019 with success!

In December 2017, Congress passed, and President Trump signed a sweeping tax reform bill commonly known as the Tax Cuts and Jobs Act. This Act contains significant changes that will impact your income tax situation and estate planning going forward. Click the button below to read our blog.Read our blog HERE for the full story.

The Fair Labor Standards Act (FLSA) is arguably one of the most frequently violated statutes in the country. From Fortune 500 companies to the mom & pop store on the corner, it is shockingly easy to fail a compliance check. Late in 2017, Disney was ordered to pay Florida employees $3.8 million dollars in back wages related to uniform expenses, minimum wages, overtime regulations, and recordkeeping requirements. As evidenced in that case, a violation of one of the substantive provisions is often accompanied by a failure to maintain proper records. If your company doesn’t have Disney’s deep pockets, it’s probably a good idea to have your records reviewed!

Currently, one of the biggest FLSA hot-button issues is the Department of Labor (DOL)’s overtime regulations. Back in May of 2016, the DOL under Obama published a final rule raising the salary threshold for employees to classify as “exempt” from the FLSA’s overtime requirements. Prior to these revisions, the minimum salary for an employee to be considered exempt—meaning the employer was not required to pay overtime for hours worked in excess of the employee’s normal full-time schedule—was $23,660. The 2016 rule bumped that number up to a whopping $47,892. That was a big shock to the pocketbook of many employers. Schools, manufacturers, and retail were some of the hardest hit because a large portion of their employees fell in the mid-20 to low-40 thousand salary range.

The May 2016 rule was to go into effect in December of 2016, but shortly after its issuance, a Texas court put a kibosh on its enforcement by granting a preliminary injunction. The DOL initially fought the court, but eventually pulled back and decided to start the whole process of formal rulemaking over. A Request for Information was issued on July 26, 2017, with comments due by September 25th—over 140,000 comments were received in the 3-month period. A new proposed rule will likely be put out sometime this year, likely still with a threshold increase, but probably more in the neighborhood of $30-35,000. Employers who will be affected by the new rule should of course be mindful of the hit to their budgets, but should also consider preemptively addressing the documentation and recordkeeping responsibilities that accompany an employee moving from exempt to overtime eligible.

If you’ve turned on a TV, read a newspaper, or scrolled through social media in the last year, you have undoubtedly noticed the plethora of sexual harassment accusations rocking the country. From big-screen actors to Olympic team doctors, huge numbers of victims have come forward with reports of inappropriate behavior. With all the attention on Hollywood figures and household names, it is easy to forget that too often the effects of harassment and discrimination are felt in our own backyard. The #MeToo movement saw women and men across the nation revealing their most haunting memories in hopes of inspiring other survivors to share their experiences. A host of A-list celebrities even wore all black to the Golden Globes on January 7, 2018, to draw attention to the movement. It is abundantly clear that the issue will no longer be swept under the rug. From an employment law perspective, this means that 2018 is the time to review your policies, handbooks, and overall behavior in the workplace.

This can be done in three steps: 1) Update; 2) Inform; and 3) Enforce. First, be sure your policies are in compliance with federal and state law. Sexual harassment and discrimination jurisprudence varies significantly from state to state, so particularly if you operate in multiple locations, a “one size fits all” policy may not be sufficient. Second, be sure your employees are aware of the updates. This can be done through training, issuing new handbooks, or something as simple as sending out a company-wide email. Whatever you do, document it. Having a signed acknowledgement from your employee that he or she is aware of the policy updates is crucial if an incident arises down the road. Finally, you have to be willing to put your money where your mouth is. If you’ve outlined a new progressive discipline policy, be sure your supervisors and management are aware of and follow the outlined steps. A policy isn’t worth the paper it’s written on if it is not enforced equally and consistently.

Stay tuned for more blogs about sexual harassment training throughout 2018.

The 2017 Equifax Breach compromised the Social Security Numbers of 143 million Americans, and while the Federal Government is in the process of considering a new identification system for tax returns, those social security numbers remain the primary individual identifier for 2017’s taxes. There has likely never been a better season for tax scammers. Until a new or revised identification system gets put in place for tax filing, employers should be sending out W-2s as soon as possible and reminding their employees to file their tax returns early to protect themselves from identity theft and tax fraud. The IRS will start accepting individual tax returns starting January 29, 2018.

Can landlords force tenants to remain in business? An important issue to watch for in 2018 as traditional, brick and mortar retailers continue to face significant financial challenges is that of the Continuous Operations clause in commercial real estate leases. These clauses are coming under increased scrutiny lately as distressed retailers seek to close “underperforming” locations without filing for Chapter 11 bankruptcy protection, which would otherwise allow the tenant (as debtor-in-possession) to assume or reject leases.  Landlords, however, are fighting back, bringing litigation to enforce Continuous Operations clauses and stop “underperforming” tenants from trying to close up shop without filing for bankruptcy protection.  Watch for a series of blogs in which we will explore this recent case law as well as express vs. implied Continuous Operations clauses.

Read our blog here to learn more about commercial real estate in 2018.

80% of the American businesses are family-owned or closely-held. Of those, 60% expect a change in leadership or ownership in the next 10 years as Baby Boomers retire. Successfully planned and managed transitions may be as important to sustainable economic development as luring that next business.  It may take 5 to 7 years to develop a thorough succession plan and prepare your business and people for that transition. For more information on how to successfully stage your succession plan, click HERE.

Choosing What to Fail At