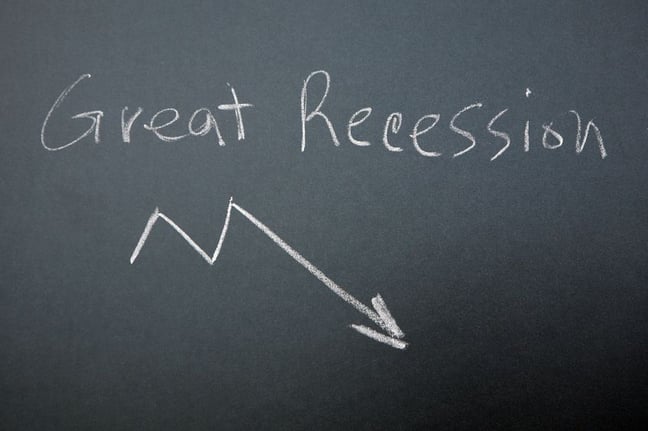 In the early 2000’s, banks were spending less on risk security and risk planning, leading to the economic downturn of 2007. In the years after the crash, sometimes referred to as the Great Recession, businesses big and small had to rethink their corporate structure. One of the primary targets of change that many financial advisors say is key to avoiding another collapse is better risk management. Too often, risk management was ignored, pushed back, or outright defied, leading to dangerous investments and decisions that ended up hurting our economy. The economy has shifted back, and private sector businesses are changing to avoid another meltdown.

Prior to the economic downturn of 2007, risk management was solely thought about in economic terms. If you were making money and getting business, everything else in the industry seemed safe and staying in the black was all that mattered. However, since the downturn, businesses have started to look at non-economic risk factors as a significant part of their risk management strategy. Banks like Lehman Brothers and AIG lost the trust of people who invested with them, and businesses now are making sure they’re listening to their clients. Post-recession regulations are also now in the forefront of companies plans, careful to be in business without penalties.

2. People are talking about Risk Strategy

Not just big banks and multi-billion dollar corporations want to have discussions about what to do on Wall Street. In a Reuters/Ipsos poll from later 2013, more than half of Americans believed that another crash could happen because not enough has changed. Politicians like Sen. Bernie Sanders (I-VT) and Gov Martin O’Malley (D-MD) are using their presidential candidacy platforms to suggest changes in the risks that big banks can take with other people’s money.

3. Risk Culture should become a Part of Corporate Culture

Every company has a corporate culture, an atmosphere in the office of how employees interact and work with each other. Risk culture, however, was rarely thought of, usually took a much more serious tone than how the office normally operated. While risk strategy is a serious issue, making it an integral part of everyone’s professional lives means that it’s constantly in people’s heads. The problems with the downturn in 2007 is that people weren’t seeing the possibilities of what ended up happening, mistakes that could’ve been avoided. Making your risk culture part of your everyday culture will improve its effectiveness and have every employee helping out.

If you have talked with financial professionals, especially those heavily involved with the downturn in 2007, they might say that risk management was often the farthest thing from executives’ minds. In a Wall Street culture of “make money now and deal with the consequences later,” we dealt with consequences that foreclosed millions of homes and rose unemployment to the highest level since the 1930s. Creating a safer business culture that reaches the appropriate amount of risk, with a focus on long-term success rather than short term gains and clients rather than bottom lines, starts with each and every business. Look at your risk portfolio today, see if you’ve made any changes in the past few years, and call Goosmann Law Firm today to help set up the right plan for you.

From Success Plan to Succession Plan: 10 Tips to Choose Your Next CEO

4 Reasons Why Your Spencer Lawyer is Worth the Retainer