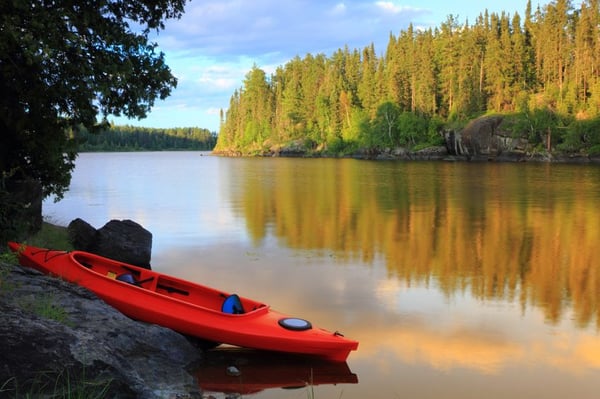 Yesterday afternoon the Minnesota Supreme Court handed down its opinion for Fielding v. Commissioner of Revenue (Minn. 2018), in which the Court clarified what may be considered when determining whether a trust may be subject to Minnesota’s state income tax.

The Court ultimately held that only the relevant contacts between the trust and the state for the tax year at issue may be used to establish sufficient relevant contacts to permit Minnesota to tax a trust as a “resident trust” under Minn. Stat.  § 290.01, subd. 7b.

On the last day of 2011, the Grantor signed a release of his power, at which time the trusts were no longer “grantor type trusts” but instead became irrevocable under the statute.  When that happened, the Grantor was a Minnesota domiciliary, so the trusts became “resident trusts” of Minnesota subject to state income tax as separate entities.  At that time, the trustee was a Colorado domiciliary.  The trusts filed Minnesota income tax returns in 2012 and 2013.  William Fielding, a Texas domiciliary, became Trustee of each of the trusts on July 24, 2014.  Fielding then sold all the FFI stock, subjecting the trusts to income tax on the gains from the sale and from other investments.  Fielding eventually filed tax returns under protest, asserting that Minnesota’s imposition of taxes on the trusts was a violation of due process.  Fielding brought the underlying suit in his role as trustee of the trusts.

History of the Case

The issue in the underlying suit was “whether, for due process purposes, the domicile of the grantor alone is a sufficient connection with Minnesota to justify taxing the Trusts as residents (that is, on a tax base that includes intangible personal property not related to Minnesota).”  Fielding v. Comm’r of Revenue, 2017 WL 2484593, at *1-2 (Minn. T.C. May 31, 2017).   The Minnesota Tax Court ruled in favor of Fielding, holding that all relevant contacts between the taxpayer and the state should be considered—rather than solely the grantor’s domicile at the time the trusts became irrevocable—and found that the grantor’s domicile was the only relevant contact here, which was insufficient to subject the trusts’ income to the state income tax.  Therefore, the Tax Court held that the statute, as applied, violated due process and was unconstitutional.  The Commissioner appealed, and the Minnesota Supreme Court affirmed.

The Minnesota Supreme Court clarified that the issue is not what type of income is taxable for Minnesota residents, but rather “whether Minnesota may permissibly tax all sources of income to the Trusts [including non-Minnesota-sources of income] simply because it has classified the Trusts as residents based on events that pre-date the tax year at issue.”  Fielding 2018 at *11.  In other words, is the Grantor’s domicile, plus the undisputed facts regarding the trusts’ contacts with the State, enough to qualify the trusts as residents of Minnesota such that the State can tax the entire income of the trust?    If a trust is determined to be a resident trust, then Minnesota can tax the trust’s worldwide income, from all sources.  See Shaffer, 252 U.S. at 57 (1920).  If it’s not a resident trust, Minnesota has no authority to tax the trust’s income.

Minnesota case law holds that “a tax will satisfy due process if (1) there is a ‘minimum connection’ between the state and the person, property, or transaction subject to the tax, and (2) the income subject to the tax is rationally related to the benefits conferred on the taxpayer by the State.”  Fielding (2018) at *8 (referencing Luther v. Comm’r of Revenue, 588 N.W.2d 502, 508-09 (Minn. 1999).  In determining what connections exist between the state and the party the state seeks to tax, the Court may consider “the many services, benefits, and protections afforded [the taxpayer] by Minnesota in her right to receive and enjoy her income.”  Luther, 588 N.W.2d at 509.

In finding for Fielding, the Court concluded that “the contacts on which the Commissioner relies are either irrelevant or too attenuated to establish that Minnesota’s tax on the Trusts’ income from all sources complies with due process requirements.” Fielding at *11.  The contacts that the Commissioner relied on and which the Court found irrelevant related to the Grantor’s connections to the State, the intangible assets’ underlying connections with the State, and the connection that pre-dated the tax year at issue.

Grantor’s Connections to the State

The Commissioner argued that because the Grantor was domiciled in Minnesota at the time the trusts were established, when they became irrevocable, and when the FFI stock was sold, the trusts are residents in the State and subject to its income tax.  The Court states that these connections between the Grantor and the State “are not relevant to the relationship between the Trusts’ income…and the protection and benefits Minnesota provided to the Trusts’ activities that generated that income.  The relevant connections are Minnesota’s connection to the trustee, not the connection to the grantor….”  Fielding 2018 at 12.  The domicile of the trustee holding possession and control of the trust assets, rather than the domicile of the Grantor who no longer possesses or controls the trust assets, is the controlling factor.  The Court also states that the location of the firm that drafted or stored the trust documents is irrelevant.

The Commissioner argued that the trusts should be taxed as residents due to their connections to FFI, a Minnesota S corporation, whose stock comprised the primary assets funding the trusts.  The Court notes that while a trust holding real property or physical property in a state would serve as a basis for taxation as residents, stock in a business entity is intangible property that can be held anywhere outside the state in which the entity was formed and operates.  Because the FFI stock was held outside of Minnesota, it is not a relevant connection with the State.

The Commissioner argued that the Grantor’s past contacts with the State, the beneficiaries’ past residency in the State, and the trusts’ history of formation and administration in the State, all prior to the tax year at issue (2014), are relevant contacts with the State.  The Court found such contacts to be irrelevant, reasoning that “allowing the State to pick and choose among historical facts unrelated to the tax year at issue is unworkable” and would subject any former resident to the State’s tax until a court found the past contacts too decayed to be relevant.

The Court found relevance in choice-of-law provisions within the trusts, although these provisions alone were insufficient to permissibly tax the trusts as residents.  The Court leaves the door open as to whether a provision invoking the jurisdiction of Minnesota’s courts would serve as a substantial protection by the State to constitute sufficient relevant contacts.  The Court also notes that the trusts at issue here were inter vivos that were never probated in Minnesota’s courts.  Perhaps if the trusts were testamentary trusts probated through the Minnesota courts, then the relationship between the trusts and the State would be sufficient.  Of note, the Resident Trust statute, Minn. Stat. Ann. § 290.01 subd. 7b(a)(1) establishes residency for trusts created by a will of a decedent who at death was domiciled in Minnesota (i.e. a will that was probated in Minnesota courts).

The issue for estate planners moving forward is determining under what circumstances trustees of trusts established in Minnesota can avoid paying the Minnesota income tax.  For a trust that became irrevocable while the grantor was domiciled in Minnesota, if the trustee having possession and control over the trust assets leaves Minnesota, the trust may no longer be subject to Minnesota’s income tax if the trust assets are intangible (i.e. not physical property) and if the income earned by the trust is not sufficiently connected to the state of Minnesota.

This analysis gets complicated if the intangible assets are shares of a Minnesota business entity.  While the Court stated that the ties between the FFI stock and the State were irrelevant, the Court did not go so far as to say that the Colorado trustee should not have been obligated to file tax returns in 2012 and 2013.  But if there is no underlying connection between the intangible assets and the state of Minnesota, the out-of-state trustee that possesses and controls the intangible assets should be able to free the trust from being subject to Minnesota’s income tax, regardless of the trust’s history with the State and the presence of a choice-of-law provision.  In any case, the fewer contacts the trustee has with the State, the more likely it can break the trust from its obligation to pay Minnesota income tax.

Community Property vs. Separate Property from an Estate Planner’s Perspective

5 Tips for Successfully Receiving an Inheritance