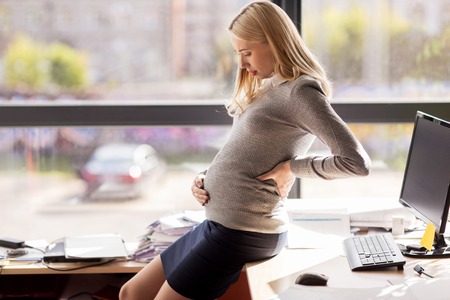 An employee comes to your office to tell you she is pregnant. She will need time off for prenatal appointments, wants to take as much maternity leave as allowed, and, upon return to work, she will be pumping for her breastfed baby throughout the work day. What do you say? What would you do? Are you prepared to have that conversation?

Hopefully you won't do what the police department for the city of Tusacloosa, Alabama did to its now former police officer and narcotics investigator, Stephanie Hicks. Hicks gave birth in 2012 and took the full 12 weeks of leave allowed under the Family Medical Leave Act ("FMLA"). Shortly after Hicks returned to work, she was reassigned to a patrol position which required her to wear a bulletproof vest throughout the day. Hicks' doctor advised against this as it could cause an infection that would prevent Hicks from being able to breastfeed. The police chief offered Hicks the option of wearing a larger vest, with gaps in coverage, or wearing no vest at all. Rather than risk injury, Hicks resigned.

Hicks sued on the basis of pregnancy discrimination, constructive discharge, and interference and retaliation related to rights allowed by the FMLA. Hicks argued that the reassignment violated the Pregnancy Discrimination Act ("PDA"), and violated the anti-retaliation provisions of the FMLA. Hicks' final argument was that the failure to accommodate her as a breastfeeding employee amounted to constructive discharge in violation of the PDA. A jury agreed and awarded Hicks $374,000.

Does your business have comprehensive policies in place to discuss everything from an employee's prenatal medical appointments to maternity leave and returning to work? If your business needs a review of policies already in place, or needs to implement policies related to employee pregnancy, contact a Sioux Falls attorney, Omaha lawyer, or Sioux City attorney today!

For more posts relating to your HR needs, check out our blog! http://blog.goosmannlaw.com/human-resources-on-your-side

Are Your Company's Anti-Harassment Policies Up to Date?

Workplace Romance: Should You Care?