Red, White, and Sued: Is There a Place for Politics in the Workplace? 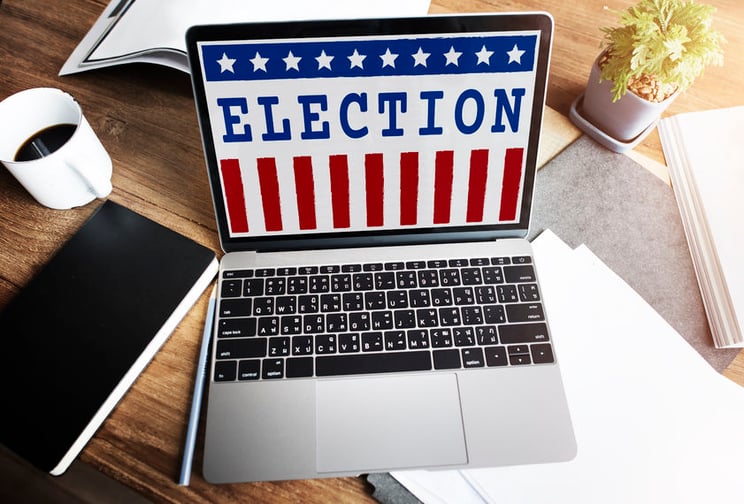 Given the current political climate and the course of the presidential election, political discussion and debate are commonplace. Whether controversial Facebook updates or watercooler talk, it is also incredibly common in the workplace. In fact, CareerBuilder reports that nearly 37 percent of workers discuss politics at work and almost 50 percent plan to engage in conversation about the presidential election with a coworker. One in five of the aforementioned discussions between coworkers was reported to have resulted in a heated exchange or fight. Given this, it is imperative that employers ask the obvious question: is there a place for politics in the workplace? Beyond this, what is the legal recourse of discussing politics in the workplace?

Contrary to popular belief, employees are not generally protected by the First Amendment when it comes to speech in the workplace. The First Amendment does little to protect employees of private sector companies from termination due to speech. Further, South Dakota is an at-will employment state. Your boss can choose to fire you because he does not like your tie; it is perfectly legal. Similarly, employers can choose to fire you based on your political beliefs. While some states have protection for employee political expression, employers can discipline or discharge an employee for business-related reasons in these states. If an employee’s political beliefs interferes with his/her work or disrupts coworkers, he/she can be let go. In addition, employers can choose to dismiss employees without citing a reason, allowing for termination due to politics. However, if an employer violates discrimination laws by evidencing disparate treatment based upon political expression, race, religion, or gender, the affected employee can sue.

According to federal election laws, corporations can persuade a “restricted class” of individuals to vote for or against a political candidate. The vague phrasing refers to an executive or administrative officer who is employed by a corporation on a salary basis. These individuals can be politically-coerced by employers. While some states have issued common law protections to allow employees to be free of employer-sponsored political expression, South Dakota and Iowa law does not explicitly provide such protection. Therefore, federal law allows these states’ citizens to be subject to their employer’s political views.

When it comes to political displays or dress at work, employers again have wide discretion. An employer can implement a dress code that prohibits displays supporting or opposing a political candidate. This includes buttons, posters, stickers, etc. Many companies will have non-solicitation policies in place, to which politics must also adhere. However, the National Labor Relations Act allows employees to display labor union insignia in the workplace. Should a union wish to declare support for a political candidate, the insignia would be allowed (i.e. “Unions for CANDIDATE X” buttons or stickers).

When an employee leaves work, is he or she still subject to employer rules? States across the nation differ on what employers may do. Employers in South Dakota and Iowa are not allowed to punish employees for off-duty activity, including their politics.  Many states have similar off-duty laws, including most states in the Midwest. Employees are generally not required to disclose for whom who they voted, though if they do, employers should be careful to not discriminate against them for doing so.

Come election time, employees should consult their human resources department about time off to vote. The majority of states, including South Dakota and Iowa, provide employees with paid time off to vote on election day should they not have at least two hours of continuous time during which polling places are open and during which they are not working. Failure to grant employees time off to vote could result in a fine. Employers should be aware of state laws and fully comply.

Politics can be difficult to discuss, as they often are tied to personal beliefs regarding religion, race, gender, and a plethora of other sensitive topics. Political disagreements can make a work environment toxic. In all cases, if an employer is unsure if workplace rules are in compliance with state or federal laws, the employer should consult an attorney.

For more information on political views in the workplace or if you believe your company needs  were wrongfully terminated due to discrimination, contact one of Goosmann Law Firm’s skilled employment attorneys at 605-371-2000.

Bullying: not just a problem for schools

Five Things Every Employer Should Know Before Election Day