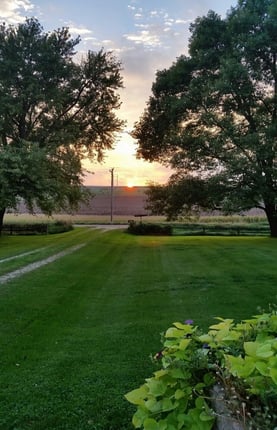 In 2016 the bankruptcy world was marked by the continued, long descent of the energy industry with oil and gas, energy, and mining sector companies representing 41% of the total public company bankruptcy filings in 2016. Eight of the 10 largest public company bankruptcy filings in 2016 were made by companies in the oil and gas, energy, and mining sectors. Thus far, 2017 has gone the way most bankruptcy forecasters predicted with continued, financial troubles for mass, brick-and-mortar (a/k/a brick-and-mortal) retailers. As of the writing of this article, MC Sports, Eastern Mountain Sports, and Wet Seal have all filed for Chapter 11 Reorganization in 2017, and many, many other retailers are rumored to be soon joining their ranks in bankruptcy courts across the country.

What few people are writing about, however, is the true, financial health of the agricultural industry. In this part of the world, the near future of ag business is an important consideration.  The last few years have seen many farmers (family, hobby, and corporate) facing huge challenges in the face of rising operating costs, falling commodity prices, and lowered real estate values.  The latest numbers released by the US Department of Agriculture give a bleak forecast for 2017 as well.

Per the US Department of Agriculture’s Economic Research Service, net cash farm income, one measure of profitability, is forecast at $93.5 billion ($82.2 billion after adjusting for inflation) however for 2017, up 1.8% compared to the 2016 forecast. Net farm income, which is a broader measure of profitability because it includes noncash values such as inventory flows and economic depreciation, however, is forecast to decline by -8.7 percent to $62.3 billion in 2017. If this happens it will be the fourth consecutive year of declines after reaching a record high in 2013. For calendar year 2016, net farm income is expected to have decreased by 12.2% over 2015, and in 2015 net farm income was down 15.65% from 2014. If these projections are accurate net farm income in 2017 will be the lowest since 2002, in inflation-adjusted terms. Most of these losses are predicted on because of a drop in net cash farm income for cattle/calf operations, which are anticipated to decrease by 12.9% in over 2106.

The rise in farm debt is driven by higher real estate debt (up 7.3%). Financial liquidity measures, including working capital, are also forecast to weaken in 2017, as are solvency measures such as the debt-to-asset ratio. At 13.2% in 2016 (and expected to increase in 2017) debt-to-asset measure is now above its average over the previous ten years, and would be the highest since 15% in 2002 but far below 22.2% in 1985 (at the worst of the agricultural recession).  Interest expenses are also expected to increase by 15% in 2017, driven by higher forecast debt levels and rising interest rates.

Delinquencies on farm loans are rising, and have been for the last few years, but ag related bankruptcies have remained relatively low.  The question is, have we finally reached a breaking point where the eternal optimism of “next year will be better” must give way to the reality of today?  Can loans that have been delinquent or not paid according to terms for years be “worked out” (perhaps not for the first time), when equity has continued to eroded year over year over year?

These predications considered with the financial reality of the ag industry over the past few years, means that it is unreasonable to continue hoping that things will “all work ok in the end” if nothing is done to keep the literal end, by which I mean the total loss of the business / farm from coming.  Is there a way to make farm operations more profitable given the challenges of hard, sunk costs and continued falling income? Similarly, is it time to reorganize operations in a more formal capacity by utilizing the protections of Chapter 11 or Chapter 12 (for qualifying family farms)?   Out-of-court “work-outs” can remedy many financial problems, but, given how dire the circumstances might be, they are often band-aids on a long-term problem. Chapter 11 and Chapter 12 offered the ability to reduce debt burdens to the current (and much-lower) asset values; reduce interest rates, and stretch amortization schedules out over significant periods of time. But these plans take careful consideration to put together, often with significant input from lenders, and time to gain the approval of the bankruptcy courts.   The time to take a hard look at the real, near term future of the industry and reassess the costs of doing business for all parties at the table.

Something Isn’t Adding Up? What To Do When You Are Sensing Financial Fraud